01:56
CEST
Currently recruiting the following classes with the given priority. Exceptional candidates are always welcome to apply, regardless of the current recruitment status of their respective class.


Visible on Discord, click the link on the right side. 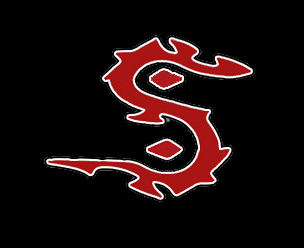 
About the guild: The leadership of Senseless consists of players that have played multiple lifecycles of vanilla privateservers. The clear goal of this guild is to use this gathered knowledge and try to make this guild as good as it can be.

Requirements: As these are some audacious goals it will require some dedication from our players and this is what we will require. We want everyone to be a gnomish engineer for starters. Secondly we want every raider to level a warlock to the required level to summon a level 60 (this will most likely be level 20 which is something that can be done in one day).
It is expected to have the best possible enchants on your gear and you are expected to bring worldbuffs and all necessary consumables to raids..

Rules: In order for things to work smoothly discipline will be very important. This also transitions to discipline during raids, when we are raiding we want to be 100% focused, that means we dont gossip on voice comms during the raids, but we rather let the raid leader talk and you only say something if its relevant to the raid and has to be communicated quickly. If its feedback on what you think went wrong in a pull or on a boss the raid chat is a great tool to communicate that.In Senseless it doesnt matter if you are GM or Trial, rules are gonna be the same for everyone and so is punishment for breaking them, basically we are all equals.

Raiddays: We have 2 fixed raiddays with one optional one. The fixed ones are Thursday and Monday and the optional is Sunday. Raidtime is always 19:00-23:00 CET.

Raidspots: As the key to having a healthy guild is having a big roster this is something we will also aim to have. We want there to be competition for the raid spots to keep people on their toes. Benches will affect everyone the same way doesnt matter if GM or Raider, but spots in speedruns have to be earned. Benched players will allways have spotprio over alts in the pug we will organize.

Behaviour: Its extremely important for us that we have players who understand that wherever they go on the server they represent our guild. We want to be the guild people want to play in, admired by the horde and feared by the alliance.